The 2016 NHL season came to a thrilling end Sunday night as the Pittsburgh Penguins clinch their fourth Stanley Cup in franchise history. The Pens defeated San Jose 3-1 in Game 6 to clinch the series, and avoid a Game 7 back at Consol. Captain Sidney Crosby won the Conn Smythe Trophy as playoffs MVP, although many say Matt Murray or Phil Kessel were more deserving (I would agree).

For the Pens, this Cup caps off a short era of uncertainty. In the years since their last Cup in 2009, the team had lacked chemistry, and fallen short time after time in the postseason. In December, this season looked like another dud as the Pens were mired in the bottom of the standings, and out of playoff contention.

Enter Mike Sullivan, who was hired after the firing of Mike Johnston. After Sullivan’s arrival, the Penguins turned things around, quickly becoming the hottest team in the league. While rocketing up the standings in the spring, everyone could see that this Penguins team just looked a little different. Phil Kessel was finding a productive role, Crosby was looking back to form. Even without stars Evgeni Malkin and Marc-Andre Fleury, the Pens were still finding success. Guys like Matt Murray, Trevor Daley and Patric Hornquist all stepped up, meshing late in the year.

The Pens had depth that they had not had in years past. In my Stanley Cup playoffs picks I had the Pens going all the way to the Final. 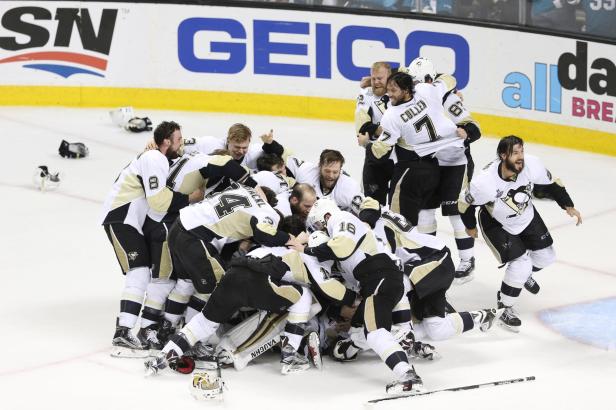 The Pens easily dispatched the Rangers in five games, preparing for a showdown with the Presidents’ Trophy winning Washington Capitals. In a thrilling series, the Penguins pulled off the upset, winning the series in six games with Nick Bonino’s OT winner in Game 6. With the Caps out of sight, the Pens looked ahead to the Tampa Bay Lightning. After losing Game 5 at home in OT, the Pens faced elimination heading to Tampa. A former Penguins team, lacking depth and chemistry, would have probably folded in this instance. But this team was different. The Pens went into Tampa and forced a decisive Game 7. In that seventh game Pittsburgh squeaked out a 2-1 win to advance to the Stanley Cup Final against the San Jose Sharks. 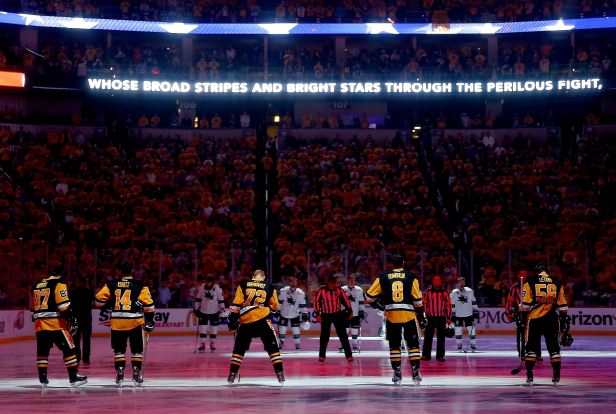 In the Final, the Penguins were dominant. If not for a Game 3 OT winner, this series could have easily been a sweep. The Sharks staved off elimination in Game 5 at Consol, and it looked like the Penguins’ old demons could creep back… but they didn’t. The Pens found a way in Game 6, winning 3-1 en route to their fourth Stanley Cup. They were clearly the best team throughout the playoffs, and a deserving champion.

If you’ve been listening to me this season, I’ve been saying the reason the Pens would win the Cup was because of their beautiful black and gold throwback jerseys. Obviously that wasn’t the ONLY reason, a few guys named Murray, Crosby and Kessel had a lot to do with it… But nevertheless the Penguins will officially go back to having the old black and gold as their full time color scheme starting next season. This was a good way, I guess, to retire the Las Vegas gold jerseys (which I think are also nice). An unrelated note: this is the second time the Pens have won a Cup in a jersey that they won’t wear the next season (1992 – bad memories for us).

So now in the grand scheme of things we have three teams vying for control of this current era. The Blackhawks have three Cups, while the Kings and Pens each follow with two apiece since 2009. I think the window is still open for all three of these teams, but I’m interested to see what this breakthrough does for the Penguins. Maybe this will light a fire under Crosby and company to make this winning thing a reoccurring theme.

For now, we say goodbye to another fantastic season of hockey. It will be a long off season, especially for Blackhawks fans. With salary cap concerns looming, next year’s Hawks team could look drastically different. Only time will tell.

But for now, congratulations to the Pittsburgh Penguins. A well deserved Stanley Cup championship.

One thought on “Smilin’ Like A Butcher’s Dog: Penguins Win Stanley Cup”